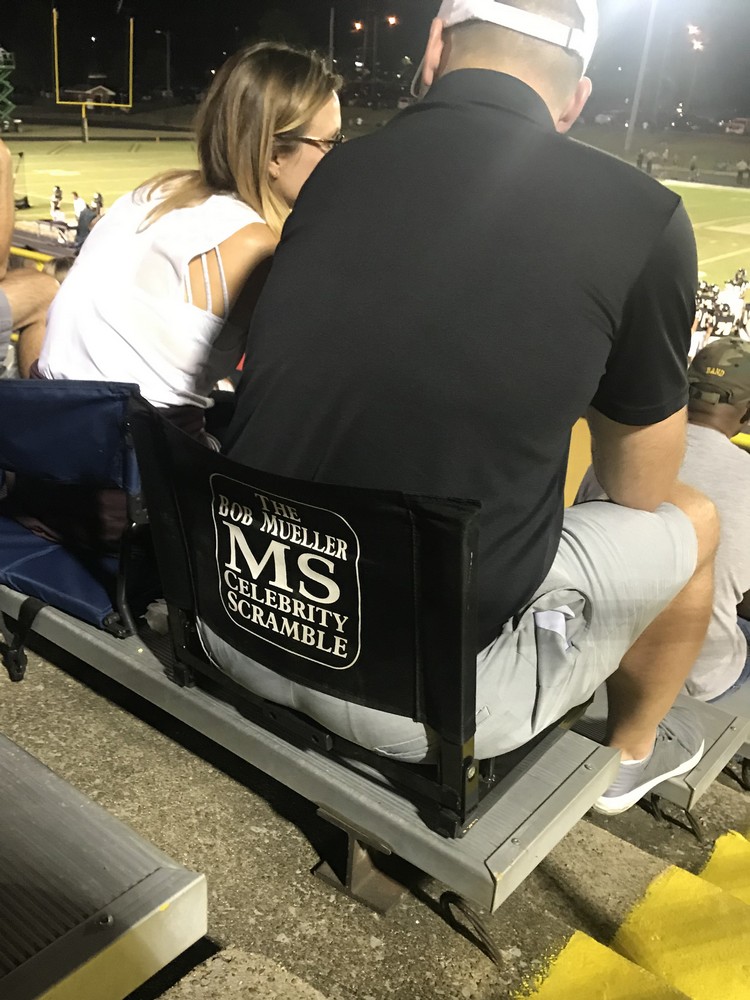 Stumbling Upon Promotional Products in the World #8

Your A-Z Swagman is proud to have a son in the Hendersonville High School Band of Gold, and because of that, he’s been enduring our recent sweltry Friday evenings to attend football games. (Well, through halftime at least — as many longtime readers of this blog are aware, proper football is more your A-Z Swagman’s cup of tea!) So this past Friday night, I was sitting with my wife, mother-in-law, and sister-in-law (we get along great!), waiting for the band to take the field (and not yield — still waiting on that one), when I noticed the gentleman pictured, sitting across the steps from me!

Now, it would have been simple to take this picture, look up some information on the Bob Mueller (not to be confused with Robert Mueller) MS Celebrity Scramble advertised on the seat. However, without talking with the HHS fan (making that assumption as we were both in the home stands), I wouldn’t have known that he’s had that chair for 10 years! According to WKRN.com, the Mueller Celebrity Scramble has been going on for 18 years and has raised over a million dollars to fight MS.

A quick pause to say way to go to both Bob Mueller and the unnamed HHS fan for their great work for this important research! 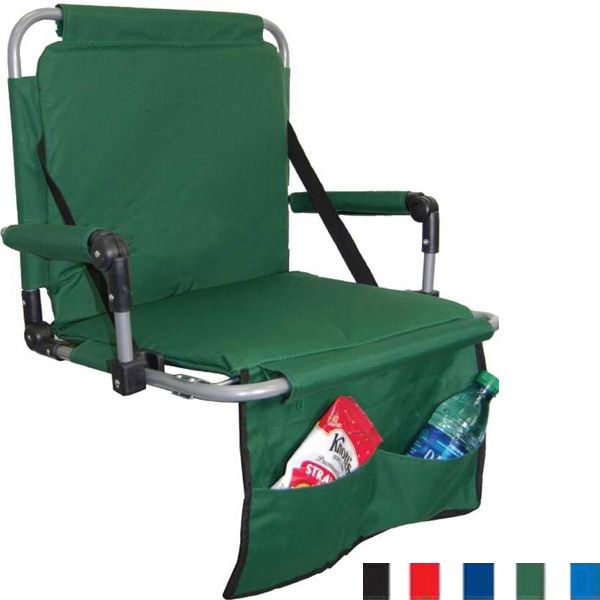 Let’s have a quick look at this from a promo perspective. As mentioned, this HHS fan has had his stadium seat for 10 years. According to statistics, the average US family has between 1.9 and 2.33 children — let’s round that to two. Assuming this HHS fan has had 2 children, maybe overlapping High School for a couple of years, that’s at least six years of games he’s attended. This year HHS has five home games, and let’s face it, two to four that are easy drives from home — maybe eight total home games. Eight times six is at least 48 times this seat has helped advertise the scramble.

As your A-Z Swagman was sitting in a section of about 700 to 900 fans (extrapolated from the stadium capacity), and maybe a third to a half of those walked by, that’s conservatively over 11,000 impressions over the six years. That number only goes up with this HHS fan’s potential nieces and nephews involvement in sports! This quality seat probably cost the scramble roughly $45 — initially offset by a donation no doubt. But even were that not the case, the CPI (cost per impression) works out to less than half a cent per impression! That’s good advertising!!

The assumptions above are backed up by the 2017 PPAI Consumer Study Survey, which finds that 22% of promo recipients keep the item for 6-10 years (18% keep them for more than 11 years!). When you add quality to your promo parameters, you invariably increase the lifespan, drop your CPI and increase resonance with your client base. Your A-Z Swagman stands ready to help you find the superior products that will showcase your message for years and years! 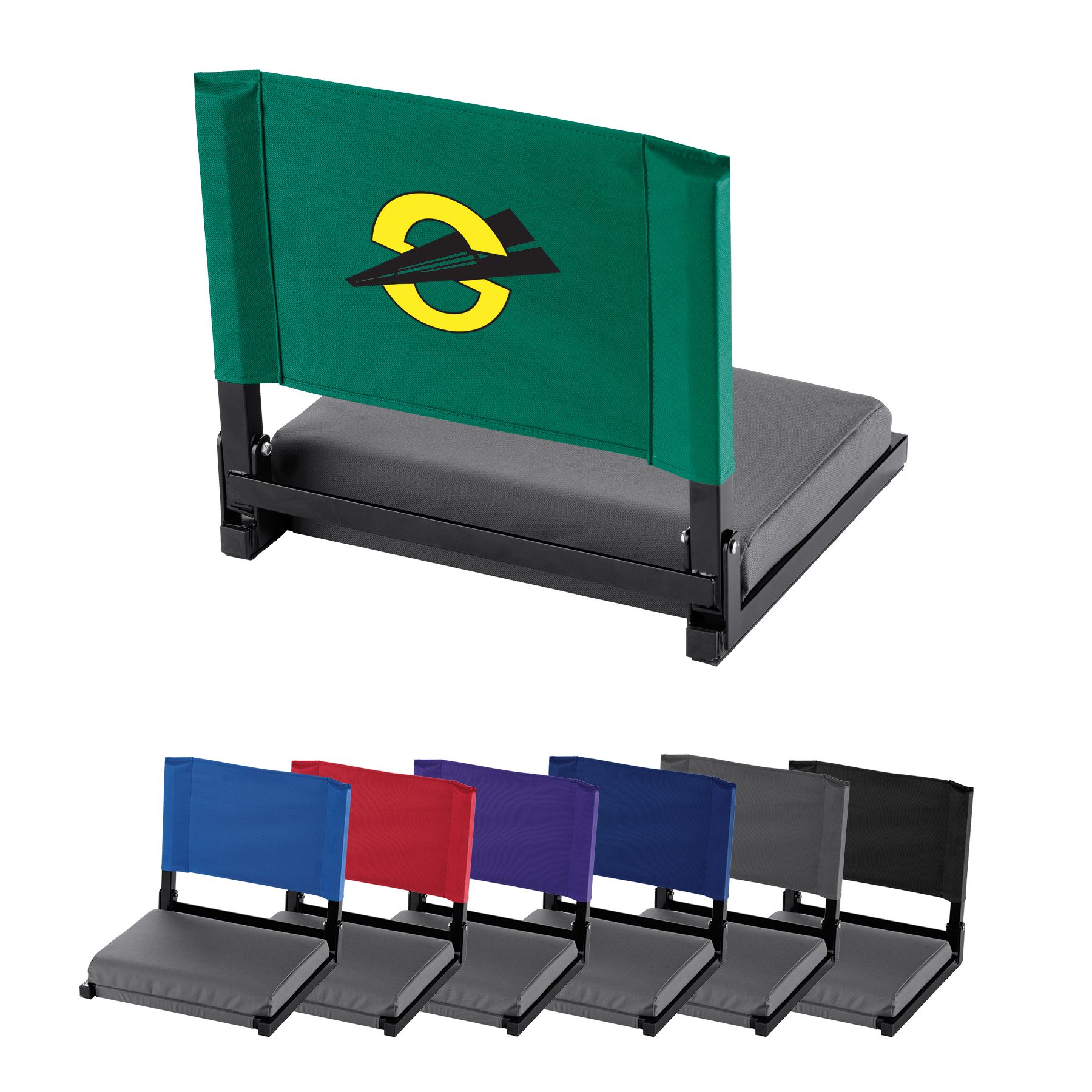 Any products found were obtained legally and photos are of the actual item. Current available items mentioned are subject to availability and prices or specials mentioned in the entry may not be current. Opinions and assumptions of the products shown are exactly that -- educated opinions and assumptions based on years of experience in the graphics and marketing industry, as well as some light online research. Any errors are regrettable and will be corrected as necessary. No offense is intended by any conclusions drawn by your A-Z Swagman. Any feedback from the marketing firms that produced these promotional products will be incorporated into a follow-up blog entry!